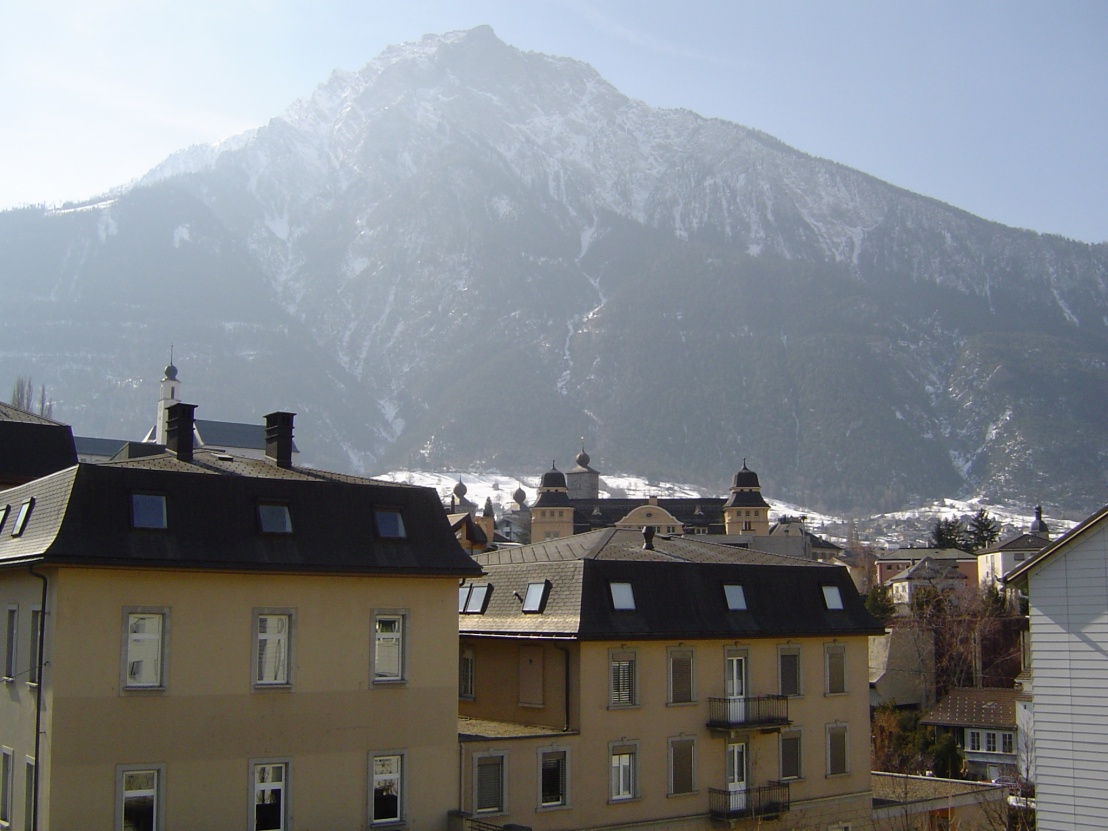 Winter has fallen on Brig. The smell of roasted chestnuts wafts up from the railway station, where heavily clothed snow revellers carrying skis and snowboards pour onto the cold dry streets.

This Swiss-German-speaking town sits under the high Alps at the south-east end of the canton astride the Rhône River. On the southern side of the mountains lies lake Maggiore, the sweep of the Po Valley and the Italian cities of Turin, Milan and Genoa. To get there travellers go over the Simplon Pass by road or take the train through the 100-year-old Simply railway tunnel.

It is the way it has always been. Brig is a crossroads. At the Hotel Ambassador, Zürich-born Stefan Welschen is content. He has a regular clientele who eat regularly in his Cheminots restaurant, and many of those who arrive at the stone steps of number three Saflischstrasse to stay are familiar with the hotel.

‘Don’t be slow coming back,’ he always says. ‘I will always be here.’

Restaurant Cheminots is the talk of the town. Diners leave sated, and promise to return. The menu is always a looking glass into traditional Swiss food.

When available freshwater fish from Switzerland’s numerous lakes are transformed into mouth-watering dishes. La Pôchouse, the Burgundian freshwater fish stew in a white wine-vegetable stock, takes on a Swiss twist.

Veal has been an alpine ingredient for centuries, largely because it has featured in sausage-making. By putting the St. Gallen Olma-Brätwurst on his menu he is acknowledging the autumn farm fair in St. Gallen when half a million veal-milk sausages are consumed every year, thus paying tribute to a sausage some argue is the best in Europe.

By serving lamb’s lettuce salad with sautéed bacon, boiled egg and garlic croûtons, he is telling his guests, don’t leave the canton without trying the delicious nutty leaves that can be found grown across the slopes of the valley and sold in the market stalls every Saturday. 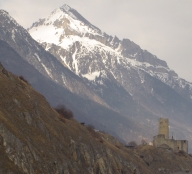 Of his signature dishes several are typical Wallis, particularly the famous vegetable pie with apples, cheese, leeks, onions and potatoes known as cholera from the Goms valley, east of Brig.

This is the current menu and this is his version of cholera.

The 1830s were difficult for the people of the hidden Swiss valleys. Cholera swept across the land, confining people to their homes, where they relied on the stable foods of the land. Out of adversity a traditional dish emerged and survives today.

Preheat oven to 215°C. Cover the base and sides of a cake tin with pastry. Prick the 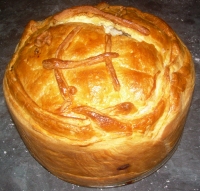 base lightly with a fork.

Layer evenly with apple followed by the potato, leeks and onions.

Season with salt, pepper and nutmeg.

Lay cheese on top, then a pastry lid, press edges of pastry together, prick lightly with a fork in several places.

Brush with egg and bake for an hour.

The traditional Gommer Cholera contained equal amounts of apple, cabbage and potato, half the amount of cheese, and was baked using a plain pastry dough.